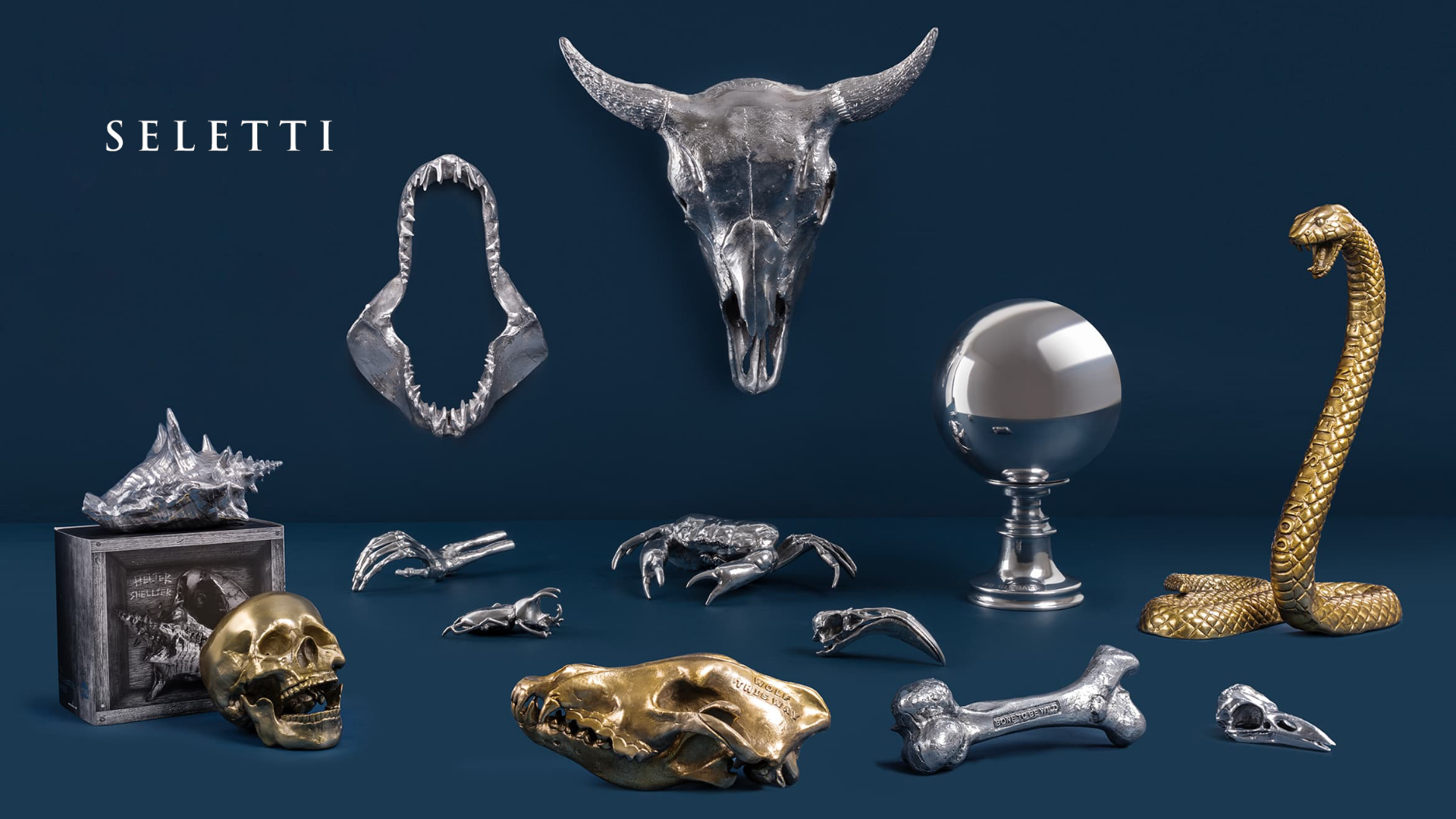 Seletti and its own (r)evolution

Seletti was established in 1964, in Cicognara, Mantova by Romano Seletti, who since 1972, travelled extensively around China with Luigi Goglio, an expert in international business.

The dynamic eighties were a time of growth and the next generation of the Seletti family (Stefano and Miria) brought new energy to the business. Stefano Seletti, aged 17 and still a student, started to follow his father on his business trips to the far East, which opened up to him new horizons and cultures that would make a lasting impression on his future professional and personal life. During those early years, as the process of distribution transformed into large distribution systems, Seletti became one of the first companies to optimize its products. The packaging became more and more important as it showed and testified the company's creativity.

In the 1990's, the company kept on increasing  its productivity by using metal, glass and porcelain on an industrial scale. Expanding new horizons and new ideas, Stefano Seletti began to "play around" with new materials, for instance, the fine porcelain and borosilicate tableware collection "Estetico Quotidiano"  that has become a classic and has re-positioned single use items into fine object pieces. The name of the new collection witnessed the evolution of the company: Stefano started to visit factories, to deal with artisans and craftsmen and to insert new ideas in to the process. From imperfection comes a successful idea, a finished product that is "unfinished" – a shelf left unpainted, an undefined shape, or even a "ready-made object", can make all the difference.

Enthusiasm, passion, creativity and experimentation, the Seletti family, over time, has created a brand recognized all over the world, a series of collections that have revealed design classics. The new millennium has opened with the creation of two international offices (Seletti North America Ltd., and Seletti China) together with important investments in the general headquarters in Cicognara, Italy that have lead to a new showroom and warehouse covering an area of more than 7,000 sq ms.

As Stefano states, "the process is evolving once again we have gone from large quantities of large distribution systems to small quantities of selected designs. Today, we have reinvented the process, my attention is focused on making popular products with high level of creativity and artistry, at a reasonable price". The 2013 collection "Florigraphie" (tablemats and pot place mats in straw) Egg of Columbus (lamp in pressed paper), new plates and cups signed by the designer mark a return to the native origins of the materials.

Today, Seletti is facing a new challege: cooperating with young Italian and international designers, but also artists and visionaries who are able to break down stereotypes and barriers. And, for sure, Stefano's unconventional non academic education has helped to lead to this sort of (r)evolution.