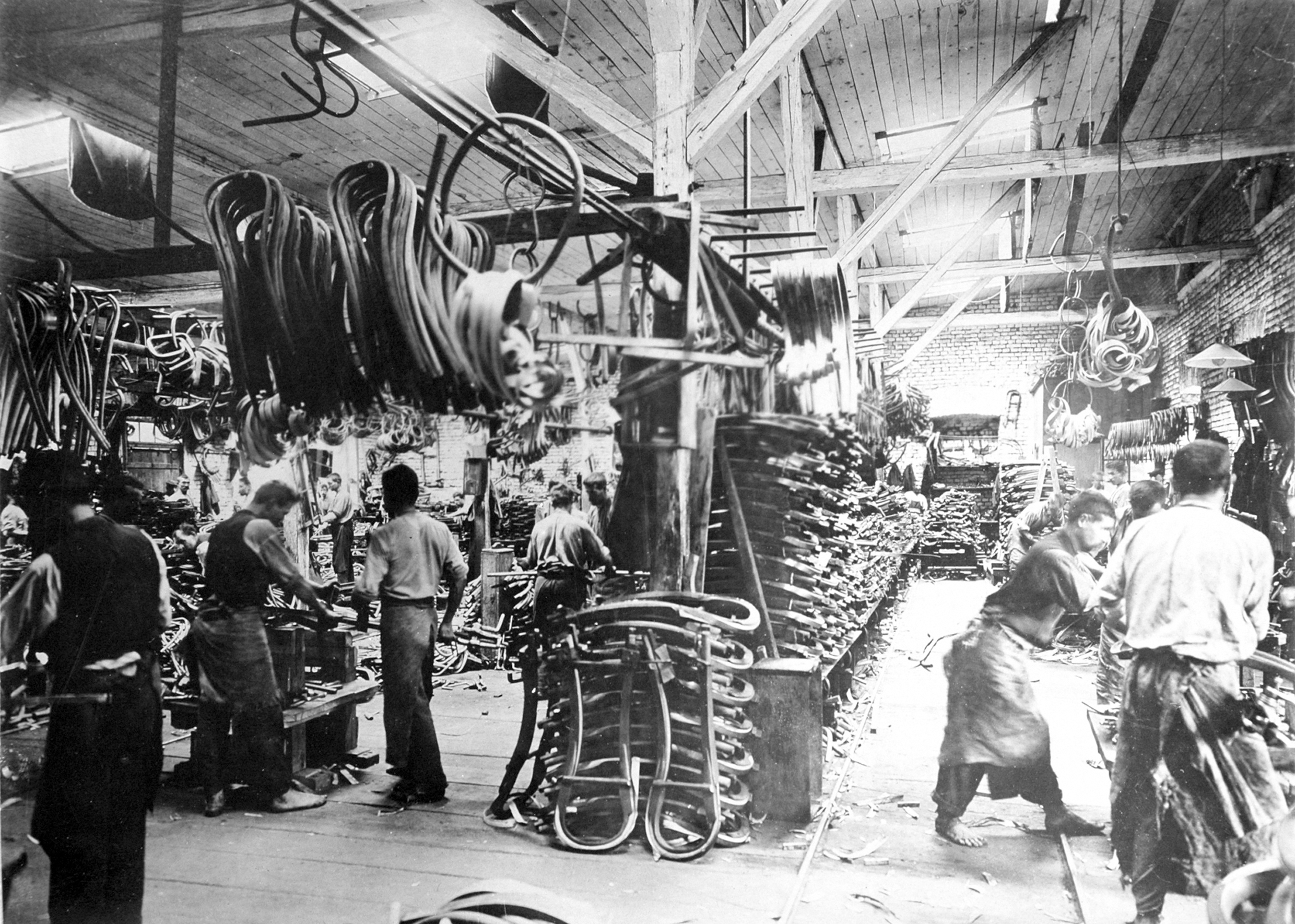 Tradition and originality since 1861.

In 1861, a bent furniture plant was opened by Michael Thonet in Bystřice pod Hostýnem and today it is among the oldest in the world. The place was tactical, as it was surrounded by beech forests offering enough material for the manufacturing process, Bystřice pod Hostýnem also saved on transportation and labour costs thanks to its location.

Even ten years since the opening, 300,000 items of bent furniture were being made every year. By 1912, the number had risen to 445,000 items and almost 2,000 people were employed. In return, the Thonet family set up vocational schools for wood processing, kindergartens, a band in Bystřice pod Hostýnem and supported the construction of a railway, built homes for workers, and even opened a casino.

After the First World War, which left a heavy toll on the economic situation, the plant merged in 1922 with the Kohn-Mundus joint stock company and changed its name to THONET-MUNDUS, which worked until 1940. Following a decree of the Ministry of Industry from  March 7, 1946, THONET became a national enterprise and in 1953 it was renamed as TON (the abbreviation standing for Továrna Ohýbaného Nábytku – bent furniture factory).

After the transformation of the political situation in the Czech Republic in 1989, the organisational structure was changed and the company became a state enterprise. Since 1994, TON has been a joint stock company.

Today, all Ton products are checked for quality at each manufacturing level and undergo specific strength and durability tests in accordance with European standard EN16139 Furniture – Strength, durability and safety – Requirements for non-domestic seating. This is why the company can give a five-year warranty for structural integrity and know that the chairs will last much longer.